To share your memory on the wall of Dwaryn Skeeter, sign in using one of the following options:

Provide comfort for the family of Dwaryn Skeeter with a meaningful gesture of sympathy.

Dwaryn was a beautiful soul who cared deeply for the people in his life. He was a leader in his family and it was important to him that they stay connected. He was best known for his radiant smile, magnetic personality and for his love of food.

Dwaryn will be remembered as a lover of sports and music. He developed a passion for basketball at an early age and went on to be a competitive ball player in college and in the semi pros. He really enjoyed listening to artists like Barry White, Al Green, A Tribe Called Quest and Earth Wind & Fire.

We encourage you to share your most beloved memories of Dwaryn here, so that the family and other loved ones can always see it. You can upload cherished photographs, or share your favorite stories, and can even comment on those shared by others.

Posted Apr 26, 2019 at 09:49pm
With heartfelt condolences, our thoughts and prayers are with you all. Dwaryn will alway be a special part of our family. The Sankey Family

Flowers were purchased for the family of Dwaryn Skeeter.

Posted Apr 26, 2019 at 12:49pm
My deepest condolence. Dwaryn was a great guy. We went to Lasalle together. Had many a deep conversation during lunch

My deepest condolence to Dwaryn family. We went to lasalle together. We had many a deep conversation during lunch (my mom always packed a big lunch and he always said she made great sandwiches) and many a gym class shooting hoop. He will be missed and we will toast to him at our 40th reunion next year. He was a great person and we had a a lot of laughs. He will be missed.
Comment Share
Share via:
DR

Posted Apr 26, 2019 at 12:18am
To Elaine and Skeeter Family, our prayers and warmest condolences to you. Rest In Peace cousin Dwaryn ...... From Diana and Richburg Family

Diana Richburg purchased flowers for the family of Dwaryn Skeeter.

Posted Apr 25, 2019 at 12:27pm
I am so very sorry to hear this news. I grew up with Dwaryn in South Troy and went to St Joseph’s School with him. He was a great basketball player back then! I was a cheerleader and we were friends living close by on Fourth Street. My mother Mary Turino loved him as well and she was saddened to hear of your loss. May God Bless you all . He had a beautiful smile
Comment Share
Share via: 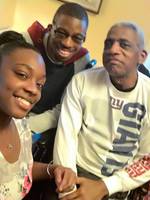 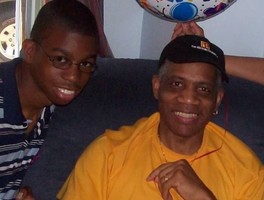 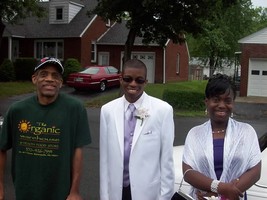 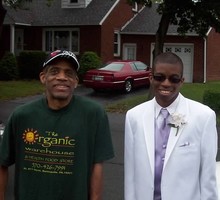