To share your memory on the wall of Richard von Schwedler, sign in using one of the following options:

Provide comfort for the family of Richard von Schwedler with a meaningful gesture of sympathy.

Print
Richard F. von Schwedler “Rusty” 73 of Tannersville, Pa. passed away on Friday May 17, 2018 at his home surrounded by his loving family. He was the husband of Rita S. (Korponay) von Schwedler.

Born in Brooklyn, New York he was the ... Read More
Richard F. von Schwedler “Rusty” 73 of Tannersville, Pa. passed away on Friday May 17, 2018 at his home surrounded by his loving family. He was the husband of Rita S. (Korponay) von Schwedler.

Born in Brooklyn, New York he was the son of the late Ferdinand and Winnifred (Hecker) von Schwedler. Rusty was a resident of the Tannersville area for the past 37 years and prior to that he resided in the Lafayette, New Jersey area. Rusty was employed an assistant engineer at the Picatinny Arsenal in Morris County, New Jersey for 35 years.

He was an alumni and avid fan of Rutgers University for many years. Rusty was a member of Our Lady of Victory Catholic Church in Tannersville, Pa. He will be deeply missed by all his family and friends.

A Mass of Christian burial will be celebrated on Wednesday May 22, 2019 at 10:00am from Our Lady of Victory Catholic Church Cherry Lane Rd. Tannersville, Pa. with Fr. Richard E. Czachor as celebrant. The family will receive friends from 9:00am until the time of the mass at the church. Private interment will be in the Prospect Cemetery E. Stroudsburg, Pa.

In lieu of flowers memorial donations can be made to the church.
Pulafuneralhome.com
Read Less

We encourage you to share your most beloved memories of Richard here, so that the family and other loved ones can always see it. You can upload cherished photographs, or share your favorite stories, and can even comment on those shared by others.

Posted Jun 11, 2019 at 02:23pm
Rita and family,
I was so sorry to hear about Rusty. He was a good friend and I have many good memories of our days at Picatinny.

Posted May 21, 2019 at 03:47pm
Dear Rita & family,
On behalf of all of us that had the pleasure of working with Rusty during the Crusader days and before. We send our heartfelt sympathy to you and your family. Rusty was a great friend and co-worker and always kept in touch with us, his extended family by attending all the events we had after his retirement.
He was loved and will be missed by all of us.
You are in our thoughts and prayers,
With Love, Rusty's friends from Picatinny
Comment Share
Share via:
DF

Posted May 21, 2019 at 02:07pm
Rusty, Love of God, Love of Country, Love of Family. You can walk the world over and you will never find a better human being.

My wife Sherry and I send our deepest condolences to you all on this saddest of occasions. Rusty was a wonderful man and co-worker who was loved and respected by his co-workers at Picatinny. One can hardly think of a kinder and decent gentleman and our lives were enriched with him in it. It was just like Rusty to keep in touch with all of us at our picnics, retirement and Christmas parties and he always brought a smile to everyone's face with his sincerity and grace. May the attached photo from our last summer picnic these remind us that he is in our hearts forever. We pray that he now has rest and peace with the Lord and other loved ones. With sympathy and love.
Art Lopez 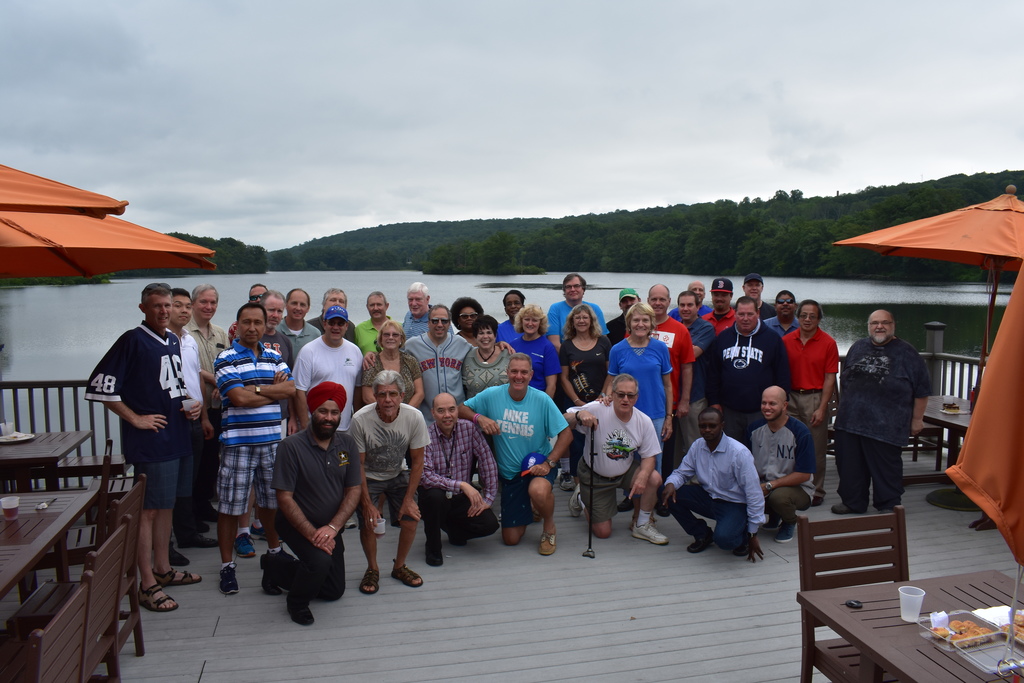 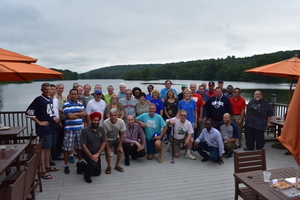