To share your memory on the wall of John Parker, sign in using one of the following options:

Provide comfort for the family of John Parker with a meaningful gesture of sympathy.

Print
John H. Parker, Jr., 65, of Saylorsburg, died on Tuesday, September 17 in Hamilton Township. He was the loving husband of Mary Louise Parker, with whom he shared 43 years of marriage.

Born in Greensburg, Pennsylvania, he was the son of ... Read More
John H. Parker, Jr., 65, of Saylorsburg, died on Tuesday, September 17 in Hamilton Township. He was the loving husband of Mary Louise Parker, with whom he shared 43 years of marriage.

Born in Greensburg, Pennsylvania, he was the son of John H. Parker, Sr. and Claire M. Parker.
John moved to Stroudsburg with his family as a young child and graduated from Stroudsburg High School in 1972. He went on to attend Bucknell University, where he was a member of Theta Chi Fraternity. Upon graduation in 1976 he moved home to work in and later serve as President of the family business, Parker Oil Company, until its sale in 2013.

John was a very active and well-known businessman throughout the Monroe County area. He also had a deep sense of civic duty. At the time of his passing he was serving our community as Chairman of the Monroe County Industrial Development Authority, the Pocono Mountains Economic Development Corporation, the Brodhead Creek Regional Authority, and the Hamilton Township Zoning and Hearing Board. He was a past President and Paul Harris Fellow of the Rotary Club of the Stroudsburgs and a proud member of the Brodhead Watershed Association. He previously served as a Director of the Stroudsburg Area School Board, during which time he oversaw the construction of the Stroudsburg Junior High School and the Stroudsburg Intermediate School.

John was an avid fisherman. He cast a line from the McMichaels Creek in his backyard, to Montana, to Belize, and everywhere he could in between. He loved flying, having earned his pilot’s license at the age of 17 and logging several thousand hours of airtime throughout his life, many of which included trips with his wife. Anyone who met John soon learned he loved anything with a motor and that he had the curiosity and ability to build or fix anything. He also loved skiing, tennis, and music, passions he shared with his wife and passed on to his sons.

In addition to his wife, Mary Louise, John is survived by two sons: Adam G. Parker, his wife, Alexandra, and their son, Harrison, of Boston, MA and Joshua H. Parker and his wife, Carrie, of Easton, PA; his mother, Claire M. Parker, of Stroudsburg; his sister, Patricia L. Bunnelle and her husband, Paul, of Middleville, NY; his sister-in-law, Lisa Hughes and her husband, CB, of Huntington Beach, CA; five nieces and nephews and seven great-nieces and nephews. He was preceded in death by his father, John H. Parker, Sr.

A Tribute to John Parker: A Life Well Lived will be held on Saturday, October 26, 2019 at the Stroudsburg High School Auditorium. Doors will open at 1 PM and the tribute will begin at 1:30 PM. The family will be receiving condolences following the program.

In lieu of flowers, memorial donations may be made to the Young Eagles Program through the EAA Aviation Foundation, PO Box 3816, Oshkosh, WI 54903-3816 or www.eaa.org/eaa/support-eaa.
Read Less

Print
A Tribute to John Parker: A Life Well Lived will be held on Saturday, October 26, 2019 at the Stroudsburg High School Auditorium. Doors will open at 1 PM and the tribute will begin at 1:30 PM. The family will be receiving condolences following the program.

We encourage you to share your most beloved memories of John here, so that the family and other loved ones can always see it. You can upload cherished photographs, or share your favorite stories, and can even comment on those shared by others.

Plant a Tree in Memory of John
Plant a tree
1 tree has been planted in memory of John H. Parker Jr.
CA

Posted Oct 24, 2019 at 11:04am
Our sincerest condolences. From all your friends and family at Stanton Chase.

Chris Arnold purchased flowers for the family of John Parker.

The FTD Treasured Tribute Wreath was purchased and planted a memorial tree for the family of John Parker. 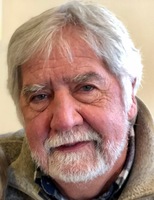