To share your memory on the wall of Edward Desterdick, sign in using one of the following options:

Starting during WWII, he served 17 years of his life in the U.S. Merchant Marines. He then was employed at IBM in buildings and maintenance management and retired after 25 years of service. He enjoyed poetry and music, participated in local community and church theater, and never gave up his love of the sea.

We have been blessed with the presence of Edward in our lives. He will be deeply missed by his children Mark and wife MaryAnn of New York and Daniel and wife Karin of Stroudsburg. He was the loving grandfather to his five grandchildren, Corinne E., Dominic, Rose Caroline, Edward, and Rio. Edward was preceded in death by his brother Milton Desterdick.

Visitation will be held Thursday, January 23, 2020 from 6-8pm at the Joseph J. Pula Funeral Home, Inc. 23 N 9th Street, Stroudsburg, PA 18360. A mass of Christian burial will take place at St. Luke’s Catholic Church in Stroudsburg on Friday, January 24, 2020 at 10AM with a viewing held at 9am in the vestibule of the church.

In lieu of flowers, the family requests an announced mass at St. Luke's Catholic Church in Stroudsburg.
Read Less

To send flowers to the family or plant a tree in memory of Edward W. Desterdick, please visit our Heartfelt Sympathies Store.

We encourage you to share your most beloved memories of Edward here, so that the family and other loved ones can always see it. You can upload cherished photographs, or share your favorite stories, and can even comment on those shared by others.

Flowers were purchased for the family of Edward Desterdick. Send Flowers 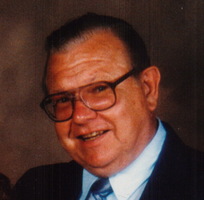